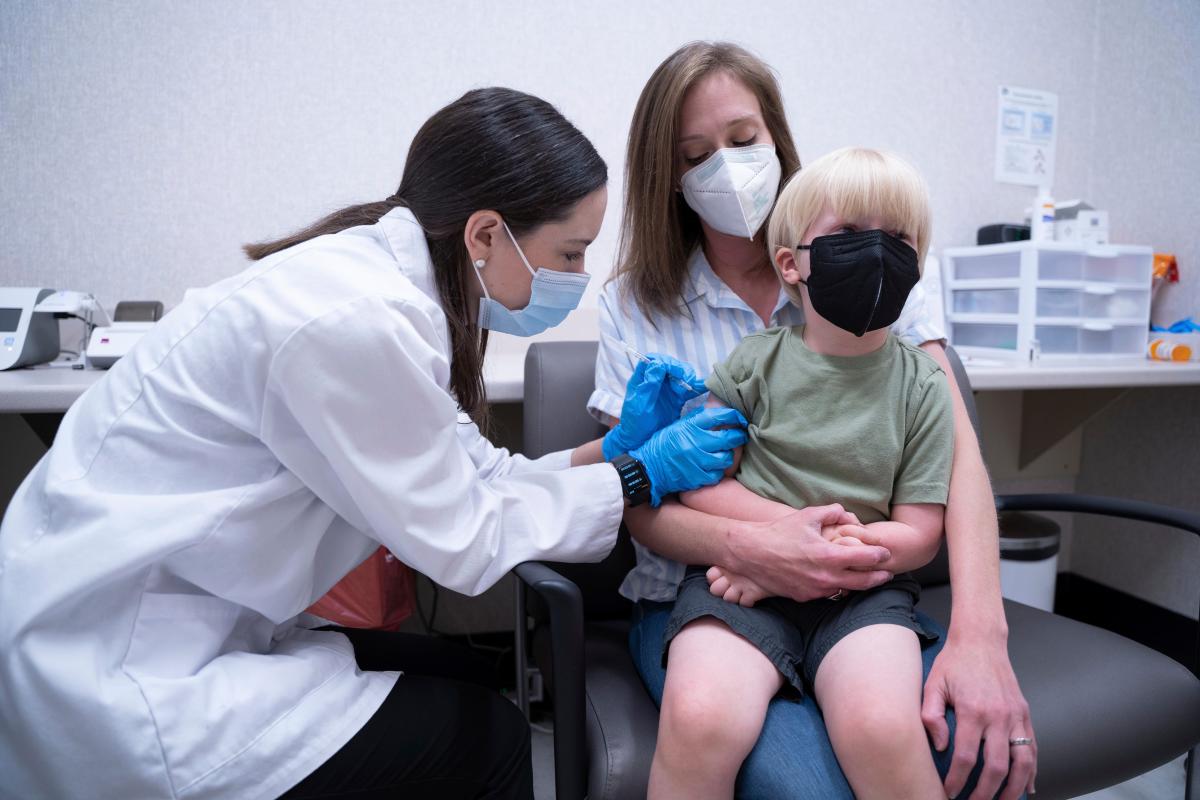 Randy Florschuetz thought his annual flu shot would be a quick errand.

He booked an appointment online for Nov. 21 and showed up at his local Walgreens at the designated time – only to be met with a sign noting it was closed.

On Nov. 25, he booked another appointment for the following Monday and headed to the store to pick up a prescription. Again, a sign told him the store was closed for the day.

He was greeted with a third sign when he showed up to his rescheduled appointment, this one telling him the store was closed because of  a family emergency.

“It’s kind of funny. During the height of COVID, they actually stayed open when I would expect them to have problems,” the 57-year-old California resident told USA TODAY. “I was kind of surprised to see it now being a bigger problem.”

Major chains like Walgreens and Rite Aid say they’ve had to curb operating hours due to a national labor shortage. Experts say this shift – along with retail pharmacy closures – can hinder access to prescriptions, especially for low-income patients.

“It becomes a vacuum where you have patients who can’t get the services they used to get,” said Cheryl Wisseh, an assistant professor of pharmacy at the University of California, Irvine. “It’s affecting older adults, those of low socioeconomic status and racial and ethnic minorities the most.”

Why are pharmacies cutting hours?

Reduced operating hours at pharmacies can be more than just an inconvenience, according to Dima Qato, an associate professor of pharmacy at the University of Southern California.

“It’s kind of akin to a pharmacy closing for some people,” she said. “A pharmacy is no good just to consumers that can only go to the pharmacy after five or six if it suddenly shortens its hours.”

Walgreens and Rite Aid told USA TODAY that they have adjusted hours due to staffing issues. CVS Pharmacy spokesperson Amy Thibault said the company is not experiencing any widespread staffing issues or hours changes.

Staffing challenges are also hitting mom-and-pop pharmacies, according to the National Community Pharmacists Association, which represents more than 19,000 independent pharmacies.

An August report from the association found more than three-quarters of roughly 360 surveyed independent pharmacy owners and managers say they have a hard time filling open positions, resulting in higher payroll costs and longer wait times for patients.

The number of pharmacists employed by pharmacies and drug stores dropped 6% between 2019 and 2021, according to data from the Bureau of Labor Statistics. The bureau forecasts about 13,600 job openings for pharmacists each year on average over the next decade.

“There are multiple stories about pharmacists just getting overwhelmed. The stress level and burnout is high,” Qato said. “So pharmacists leave, and stores have to shorten” their hours.

A lack of pay raises could also play a role. Compensation for pharmacists fell nearly 5% in 2021 after adjusting for inflation, according to the New York Times.

How many pharmacies are closing?

Customers are also facing mass store closures among some of the largest pharmacy chains in the nation.

CVS said it is on track to close 300 stores in 2022, chipping away at a goal to shutter 900 stores over the next three years. Rite Aid spokesperson Catherine Carter said the chain is also reducing its retail footprint and has closed more than 150 stores across 17 states since late 2021.

In 2019, Walgreens announced plans to close 200 stores but declined to share additional numbers.

Spokespeople for the companies told USA TODAY they take many factors into consideration when shuttering stores, such as customer buying habits and local market dynamics.

As for independent pharmacies, data from the National Community Pharmacists Association shows their numbers have remained relatively flat between 2020 and 2021.

Doug Hoey, the association’s CEO, said business from the coronavirus pandemic and the closure of surrounding chain pharmacies helped keep numbers stable, but he worries this is a short-term trend.

“I’m concerned that without the help from the COVID vaccinations that everyone needed, these pharmacies that were able to tough it out for another year or two might not be able to continue,” Hoey said.

The number of independently-owned retail pharmacies in metropolitan areas increased by 28% between 2003 and 2021 but declined by 16% in noncore rural areas, according to the federally-funded Rural Health Research Centers.

Qato said closures are especially concerning if they lead to pharmacy deserts – areas that lack access to a nearby pharmacy. That could lead to issues with access to medications and other health services and worsen health disparities.

A 2019 report published in the peer-reviewed Jama Internal Medicine found pharmacy closures between 2009 and 2015 disproportionately affected independent pharmacies and low-income neighborhoods where residents are more likely to use public health insurance. Another study from USC looking at the 30 most populous U.S. cities between 2007 and 2015 found Black and Latino neighborhoods had fewer pharmacies than white or diverse neighborhoods.

“For Medicaid and Medicare, reimbursement rates for pharmacies per prescription are lower than private insurance,” Qato said. “It makes it hard for any pharmacy that serves more publicly-insured populations to stay open because the profit margins are slimmer in those neighborhoods.”

Why are pharmacies closing?

Experts say a number of factors are leading to pharmacy closures, including a period of intense competition that continues to pressure prescription profits and pharmacies’ focus on expanding digital services.

“This is not easy to paint with a broad brush by citing one cause,” said Kathleen Bashur, spokesperson for the National Association of Chain Drug Stores. “It is important to keep in mind that retail businesses of all sizes and formats, and across industries, are adapting to changing consumer expectations and to a very, very broad and complex array of dynamics.”

Walgreens spokesperson Marty Maloney said the company is focusing on creating “the right network of stores in the right locations,” while CVS’s Thibault said its closures are based on “changes in population, consumer buying patterns and future health needs.” Carter said the Rite Aid closures are meant to reduce costs and improve profitability.

As for independent pharmacy closures, the pharmacists association points to slim margins on prescription drugs dictated by pharmacy benefit managers.

“Because those three have such a large market share, they’re able to dictate prices and payments to the pharmacies,” Hoey said. “And it’s often a very low payment to the pharmacies. That’s leading to the closures.”

Bashur said pharmacies of all types are in “serious need” of reform to address pharmacy benefit manager tactics that are “manipulating the pharmaceutical marketplace in a way that inflicts consequences on patients and on the pharmacies that serve them.”

The Federal Trade Commission in June launched an inquiry into the pharmacy benefit manager industry, and Sens. Chuck Grassley of Iowa and Maria Cantwell of Washington introduced legislation in May that would give the FTC the power to increase drug pricing transparency and hold benefit managers accountable for “unfair and deceptive practices.”

“Prescription drugs are frequently sold at breakeven or loss,” said Don Downing, a clinical professor at the University of Washington pharmacy school. “That is not a business model that allows community pharmacies to sustain staffing or even being able to keep their doors open.”

The trade group’s website says benefit managers administer prescription drug plans for more than 266 million Americans and save payers and patients an average of $962 per person per year.

Spokesperson Greg​ Lopes pointed to data that shows the number of independent retail pharmacies in the U.S. has grown over the last 10 years, based on a Quest Analytics analysis of National Council for Prescription Drug Programs pharmacy data.

You can follow USA TODAY reporter Bailey Schulz on Twitter @bailey_schulz and subscribe to our free Daily Money newsletter here for personal finance tips and business news every Monday through Friday.

This article originally appeared on USA TODAY: Pharmacies are trimming hours and stores. What it means for patients.